French can be traced back to France as its roots. France is the main center of the beautiful language. People perceive it to be a language of love; hence, it bears heavy meaning and sentiments, gives life to works of art, music, and even food. Funny enough, in France, for you to ask for food without difficulties in a restaurant or hotel, conversing with the French language is essential.
Apparently, France’s identity has long been bound by its language more than anywhere else. It is being treated as a top-down affair that has been policed by the state. For decades, it has been used as a tool of resistance against enemies and colonizers. Being governed by deep-rooted anxiety that may decline or decay over time.

How Common French Language has Become

With the English language cutting across borders and having a large number of speakers, there has been pressure within France as a bill was tabled to allow some classes in the universities to be taught in English. Moreover,  some major publications in France are known for throwing in English phrases to capture the attention of readers. This is something that keeps on disturbing some leaders in France; this is common especially with the youths who prefer to use English to convey various terms.

Nevertheless, French still has stood out strong and has actually attracted more speakers. It is the fifth most spoken language in the world, the second most taught in the world, and the fourth language on the internet. Countries, especially in Africa, have taken it up to be their national languages with leaders preferring to have some European language remain relevant. Education-wise, most countries around the world have put in order the language of french as a basic requirement from kindergarten all the way up to university. French words and phrases are also quite common as one will find out that it is mostly used in not only fashion but also music and fine dining. 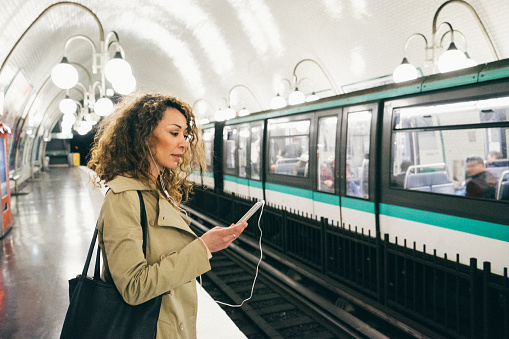 Currently, the French culture ministry has agreed that being multilingual is desirable. It helps an individual to cut across borders. The ministry believes that only speaking or trying to force people to stick to one language is being close-minded, in addition to encouraging backwardness and stagnancy. The use of other languages is allowed; it is because of this that the media promotes more French in their coverages to bring the youth closer and value the French language. Also, the French government seeks to offer help to countries in Africa, especially those that speak French, through allowing tutors and French philosophers to train the language for speakers to be more fluent and also allow trade in between the nations.

And while the current pop music industry is influenced by artists having the need to be more internationally acclaimed rather than just locally, upcoming artists are encouraged to try out music with forms of slang that come out of Paris’s banlieues. They need to embrace French in their arts. Via french-iceberg you can how French is of great value in this generation.

If you have been thinking about making playing the guitar look unique you will want to think about overlaying it in graphite sheets. While you can buy carbon-fiber-based instruments, they are very pricey rather than many are in a position to pay the real factor however that does not imply that you cannot provide an […]

Instruments for your children

Music could be the essence of existence but that no-one is untouched using this beautiful gift presented to mankind. Even children also relish playing music and luxuriate in it after they obtain the chance to get this done. With this particular, you’ll need various pricey instruments what if someone makes your individual music instruments in […]

How to clean the handle of Acoustic-Electric guitar

This is a question that many guitarists ask themselves and it must be said that the answers that we find on the Internet sometimes startle. Cleaning the handle of your Acoustic Electric Guitar is strongly recommended at least once a year. It is our favorite luthier, Joel Gremillet, who gives us some advice. Know the […]